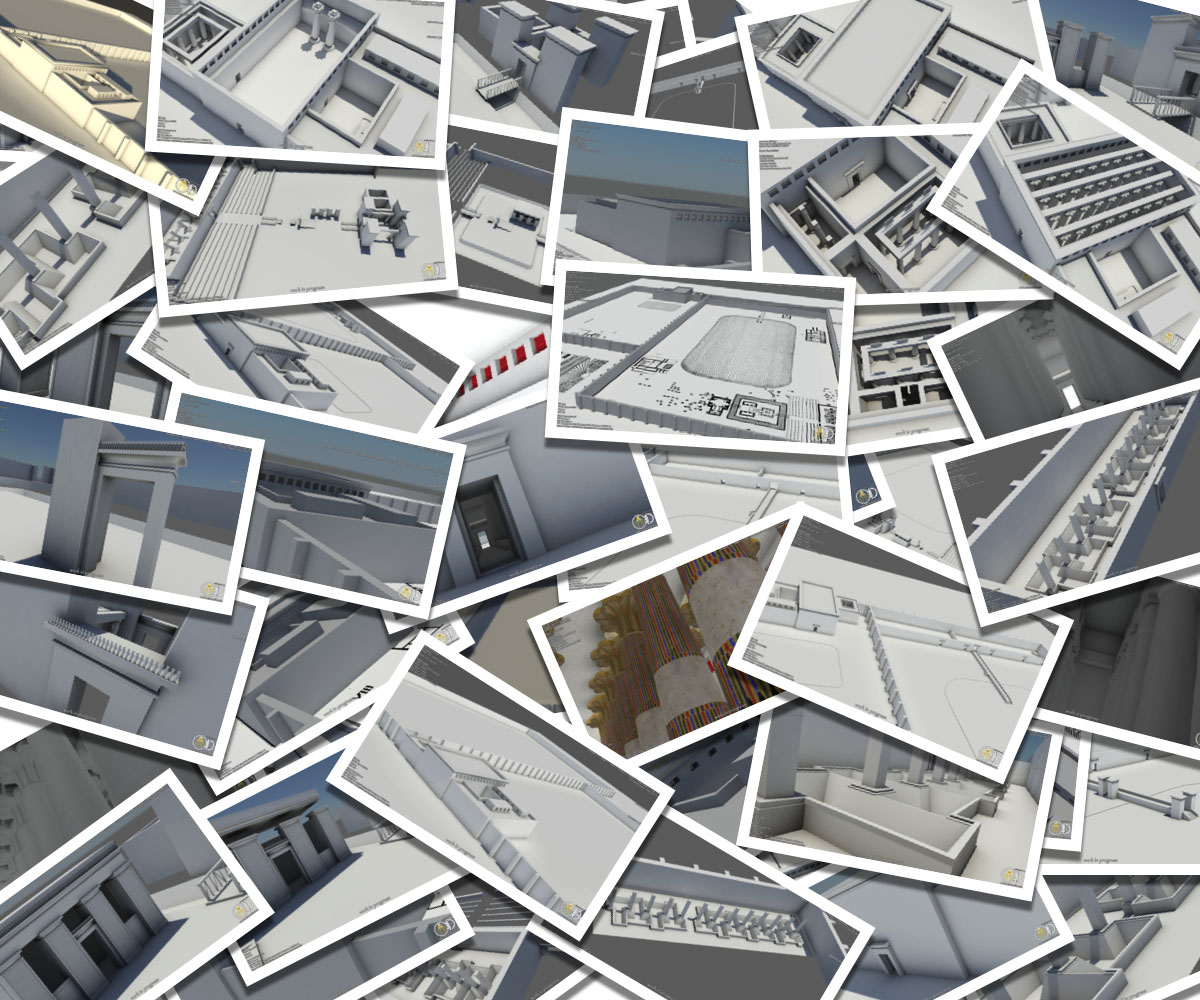 During the past month I decided to focus construction work to the Maru-Aten complex. This site has now been lost to agriculture but was extensively surveyed by the Egypt Exploration Society in 1922 and the subsequent report can be found in PEET, T. E., & WOOLEY, C. L. (1923). The City of Akhenaten. Part I: Excavations of 1921 and 1922 at El-‘Amarneh. (38th Memoir). London, Offices of the Egypt Exploration Fund.

The survey includes a number of plans and photographs with an attempted reconstruction of some of the buildings. For my reconstruction some of the architectural details had to be guessed at based on written descriptions and are therefore my interpretation. One area which has proved to be of concern is the main entrance to the compound and recorded on the maps as Maru-Aten VIII. The building had a large hall with courtyards to the north and south. Some of the adjacent rooms had columns whilst others did not so I have a number of questions as to whether there were rooms above. I have a number of ideas and will run through them at a later date when I do my main write-up of this part of the project. 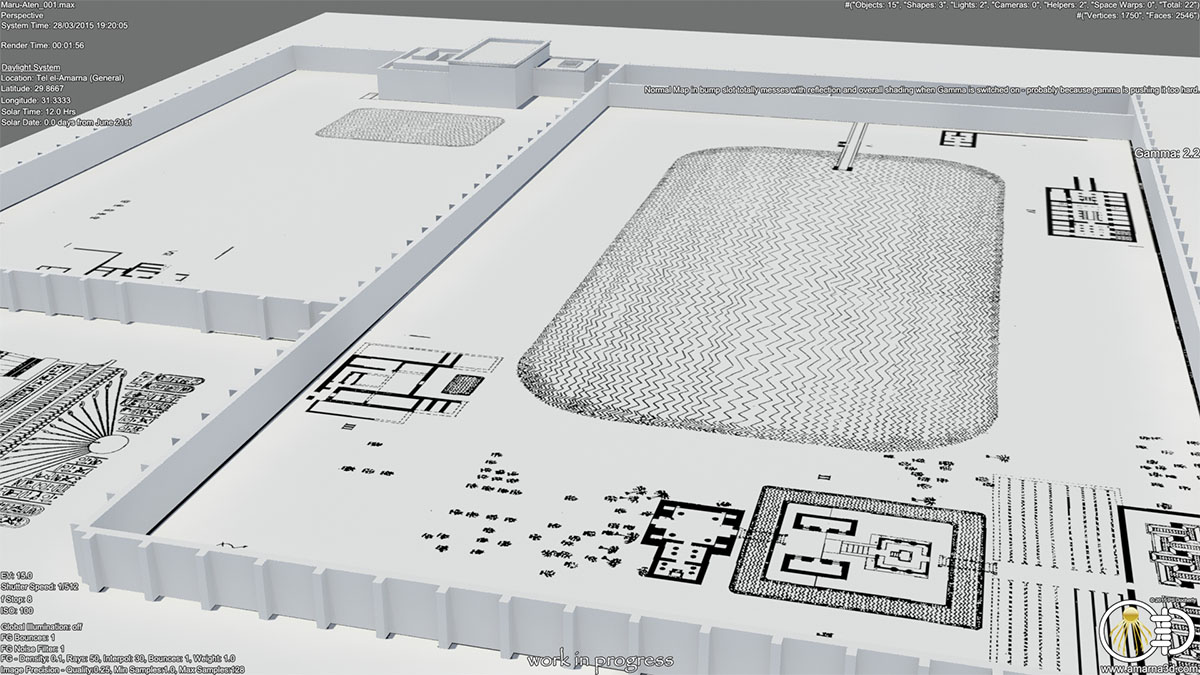 Overview of the Maru-Aten site

The main reason why I focused on the Maru-Aten site at this time is because I plan to do some testing within a game engine. At present the three engines up for the challenge are Unity3D, Unreal 4, and CryEngine. I haven’t decided which one will be the best in the long run but the chances are that Unity3D will offer the features I need to develop the project and be able to port it to the web alongside iOS.

As Maru-Aten is a completely enclosed site with architecture and vegetation it should provide a good test-bed. 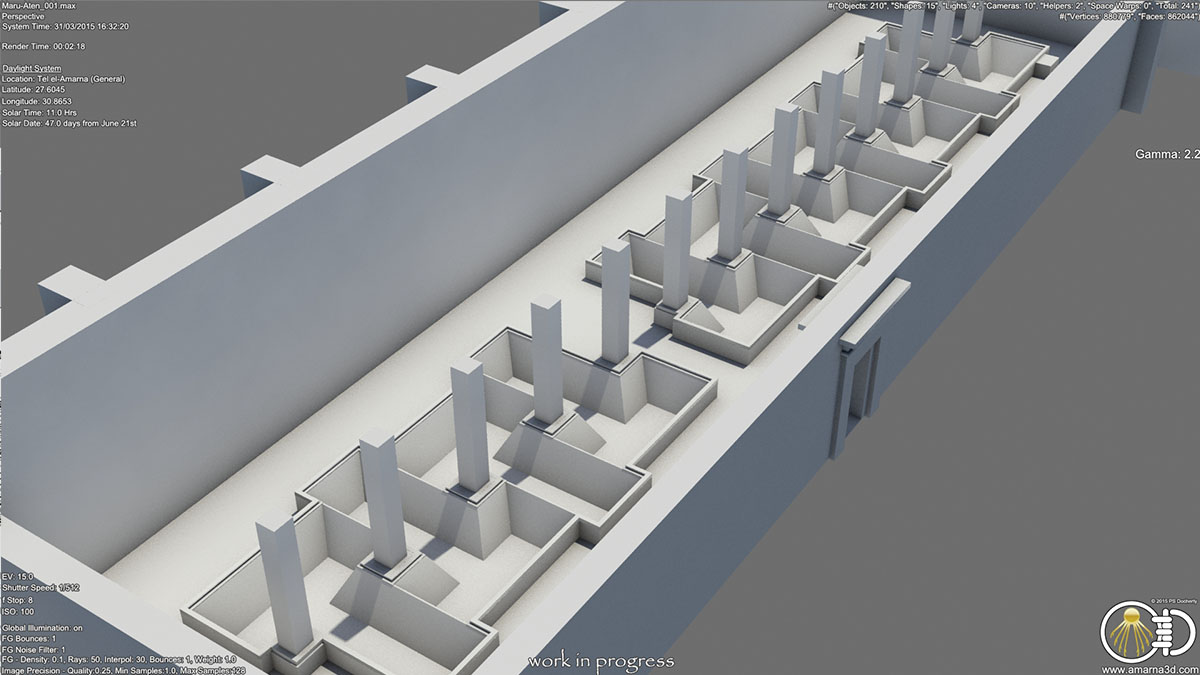 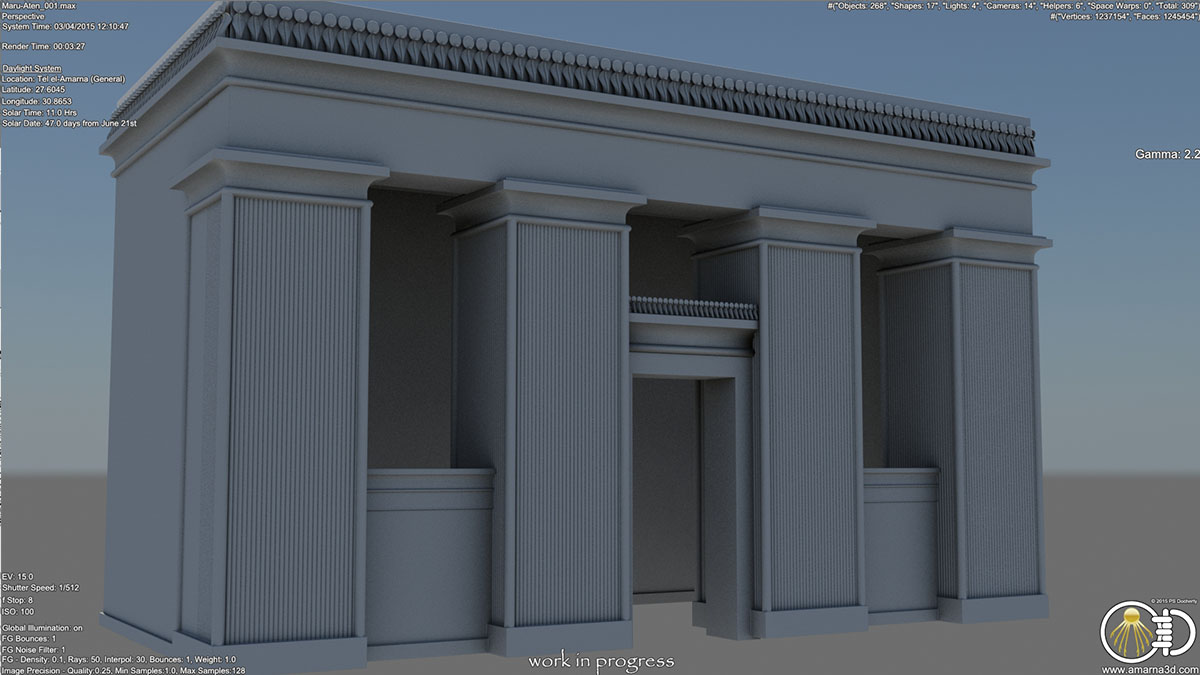 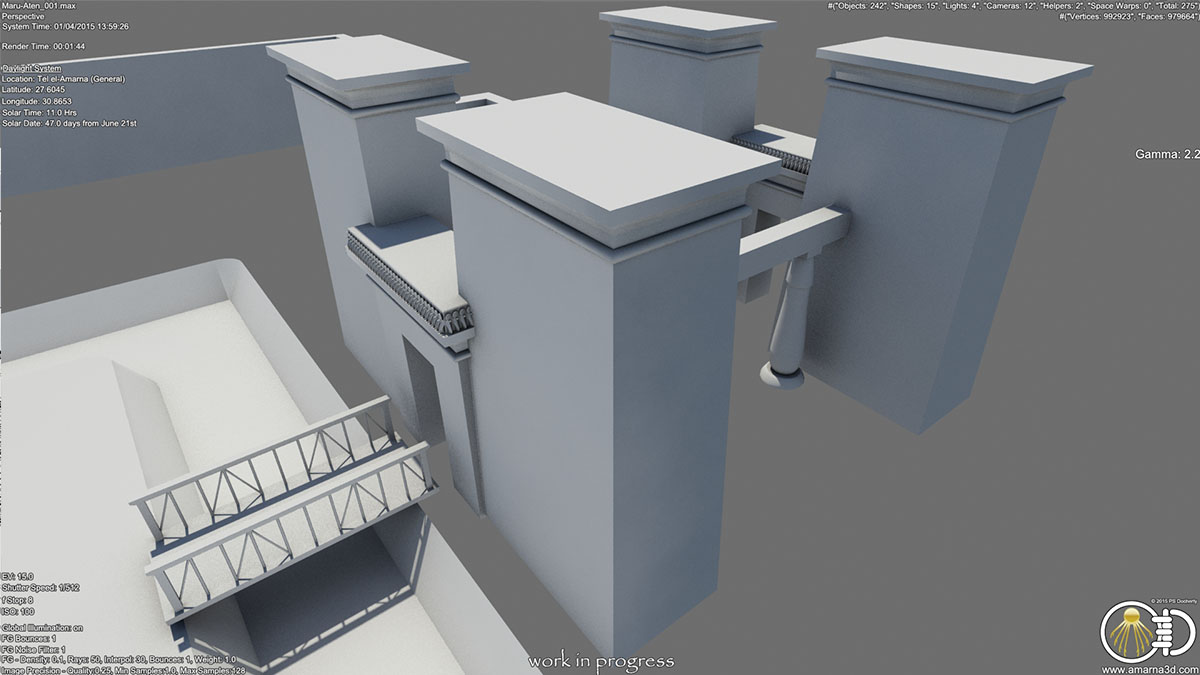 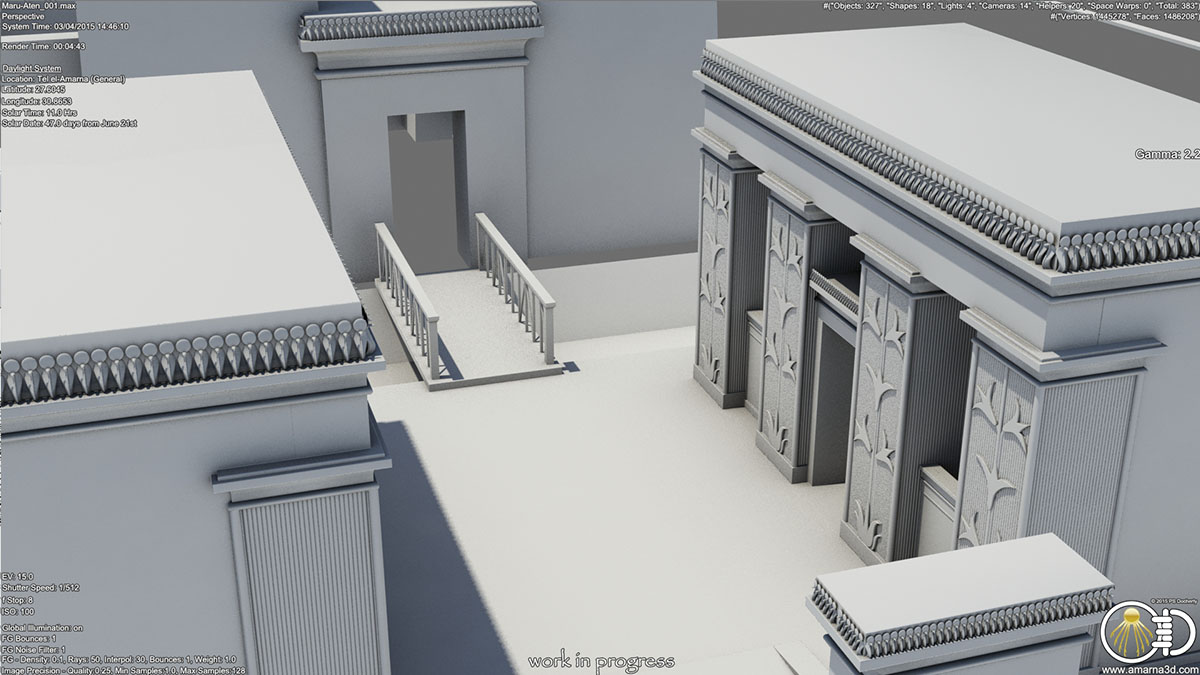 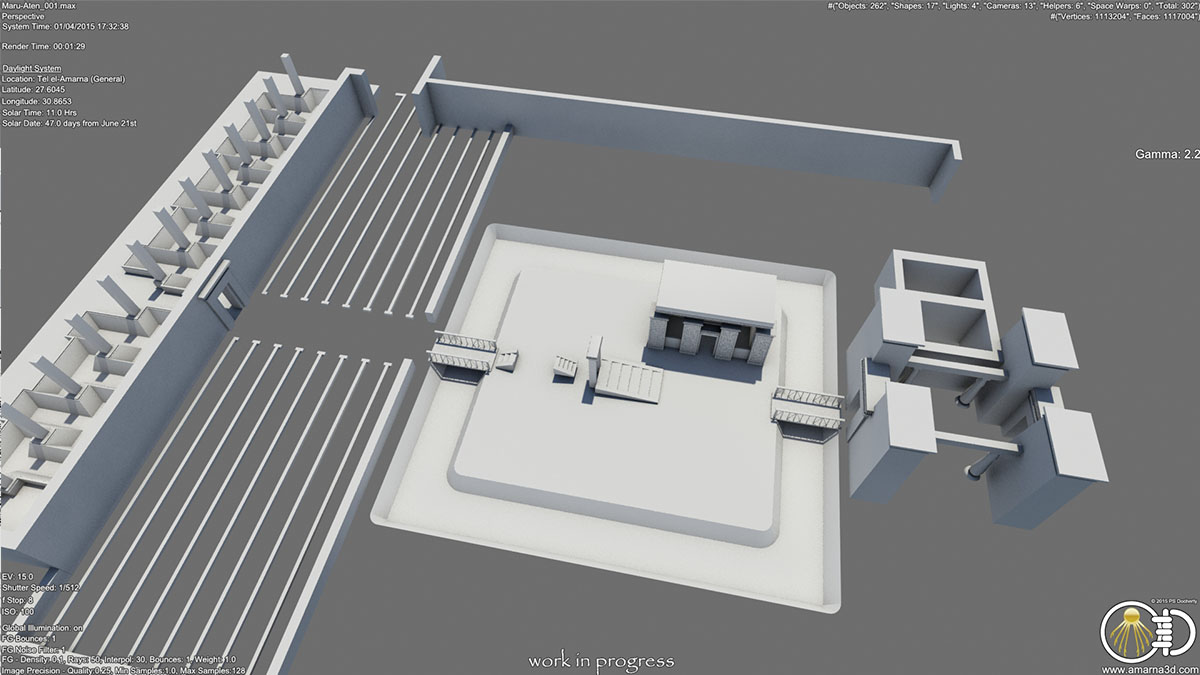 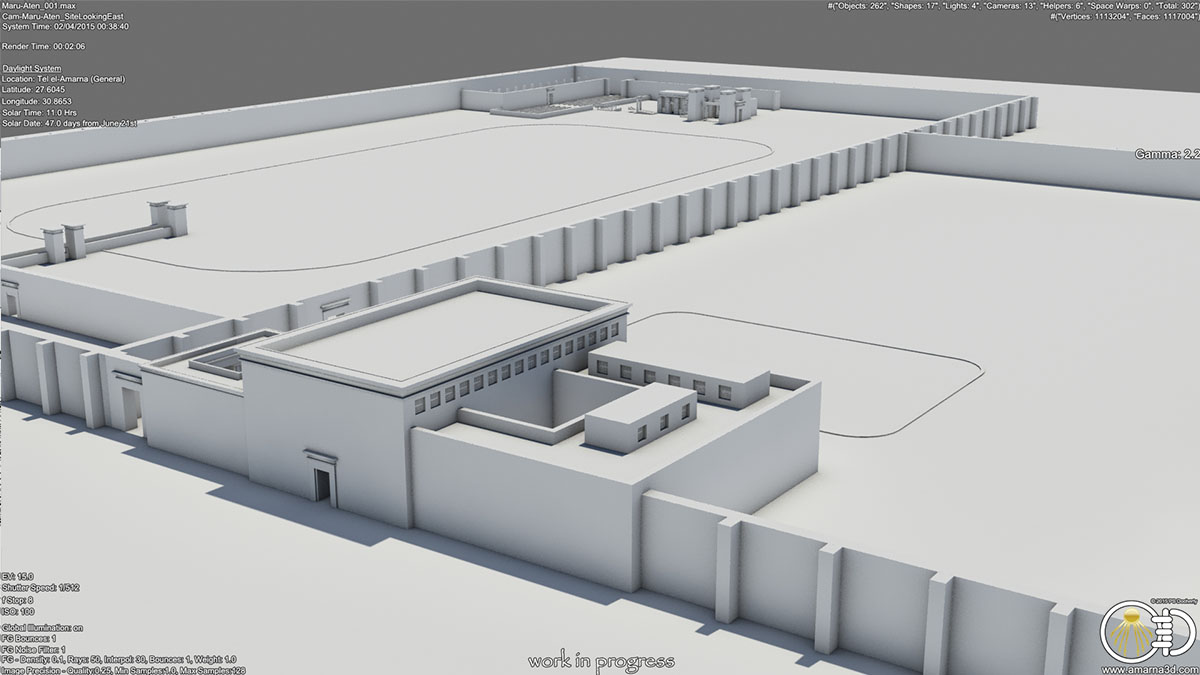 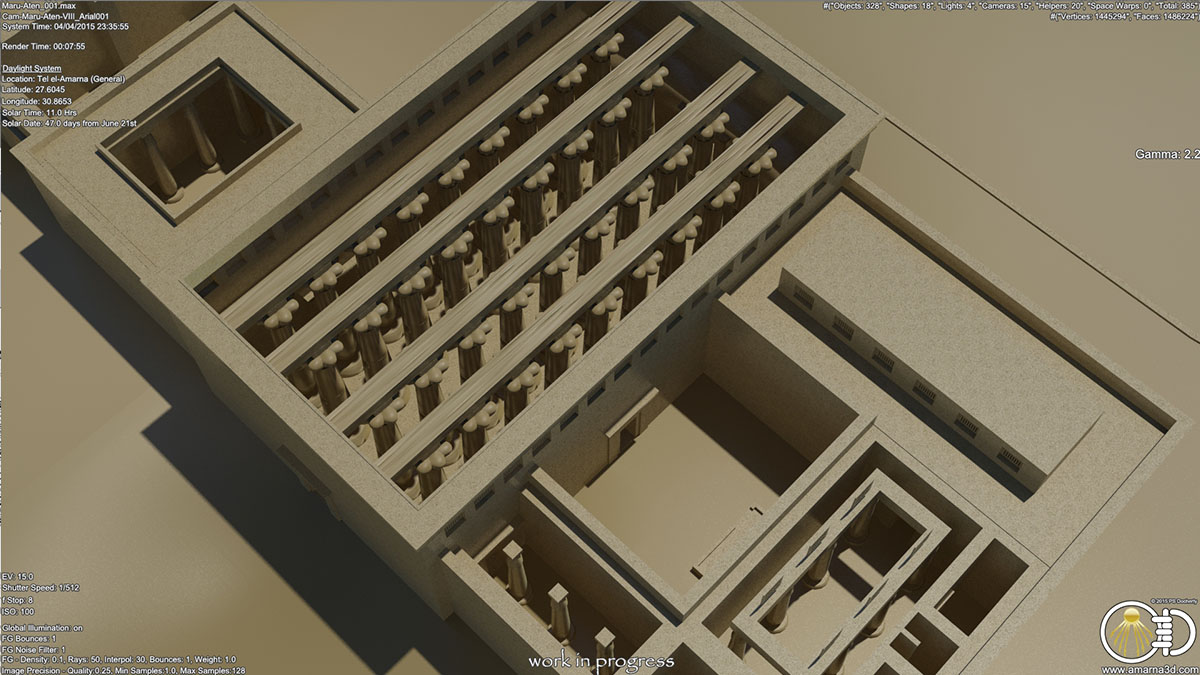 The Main Entrance (M-VIII) showing some of the internal layout 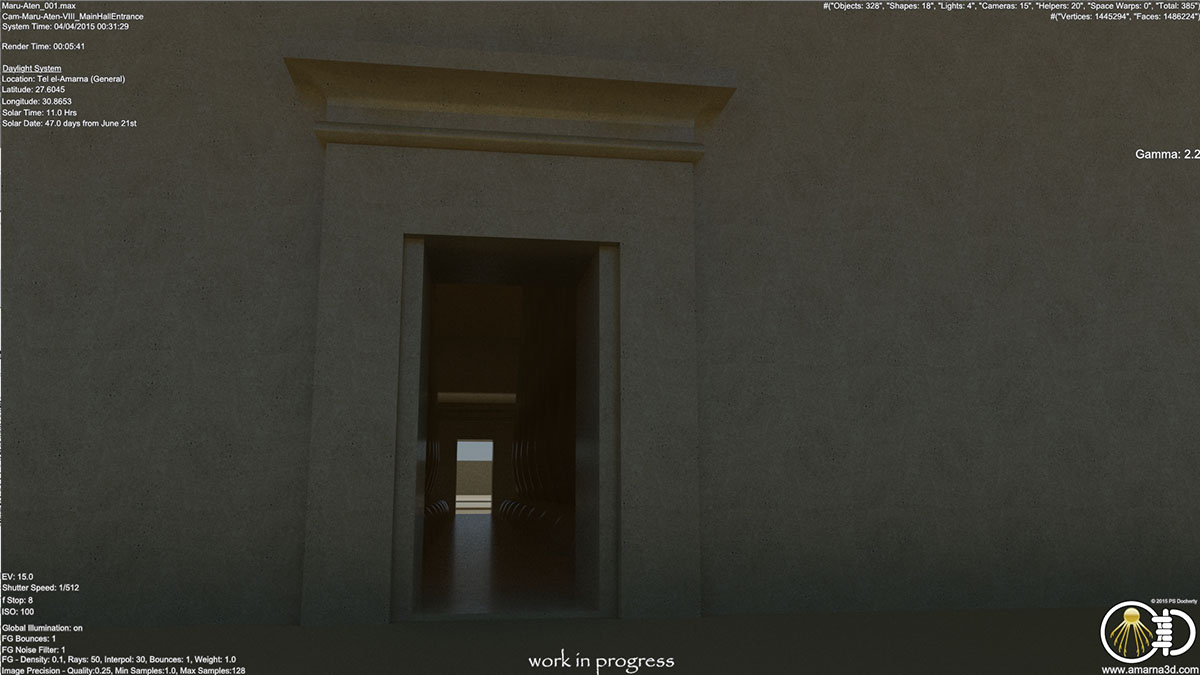 Outside the Main Entrance (M-VIII) looking through the columned hall